TechsPlace | Node.js is the server-side platform that is built on Google Chrome’s JavaScript runtime. Nodejs is built for building fast and scalable development and is the advancement of JavaScript development services. The Nodejs Development framework uses the event-driven and non-blocking input/output model, which makes the node perfect for data-intensive applications and scalable applications. Nodejs is also preferred for the real-time application running on the distributed network.

A famous social media platform for professionals, LinkedIn shifted the support from Ruby on Rails to Nodejs after looking at the potential of Nodejs. This framework is fast and scalable, which makes it one of the best choices for large-scale organizations. Nodejs is supported by the V8 engine, which also enhances computing speed.

The code written in JavaScript can be converted into the native programming language, which also attracts the enterprises for better scalability. A number of features make a compelling statement to hire Nodejs developers for the fast, efficient, scalable, and perfect app development process.

To date, Nodejs has got billion of downloads by beginners and Nodejs experts both. This framework is highly used to create real-time apps, IoT apps, and apps for small and large scale businesses. Several benefits and powerful backup made Node get the popularity faster than any other technology. The fast-paced development and efficient applications made Node the most demanded developer skills in today’s world. To sum up a Node in a simple mathematical equation:

Some of the most viable features of Nodejs are:

Also, Nodejs has quite a large community support, which is the most contributing factor behind this framework’s continuous development and improvement. This is also one of the main reasons for the popularity of Nodejs development services. For amateurs, the readymade code solutions are available on Github, leveraging for further development and promoting the reusable model.

Reason Why Nodejs is so popular

There are large talent tools available on Nodejs, which helps enterprises design and deploy apps. The biggest reason behind the popularity of Nodejs is the support of the use of JavaScript behind the scene. JavaScript is an easy language that almost every developer knows, which makes Nodejs easy to learn. Here are a few reasons why Nodejs is so popular and why clients opt for Nodejs development services.

Advantages of using Nodejs for your web development

Every programming language has some advantages that qualify it to be used on a particular kind of application. Node is developed for scalable apps, whereas the modern tools make it suitable for complex app development. Here are some prominent advantages of Nodejs:

Nodejs is upon the V8 runtime. It is written in for operability over multiple platforms. Both V8 and Node are frequently updated for security patches, performance booster, and modern features. Node uses JavaScript, which speeds up the JSON data transformation. (JSON is the common data interchange format).

It runs on a single thread and follows event-driven architecture for being lightweight. Nodejs apps are popular for the real-time environment because it can handle multiple connections efficiently. Many major web development service platforms create an extra thread for each request. This devours up the RAM storage making the app slow.

All APIs are asynchronous in Nodejs. This prevents the processes from clashing and blocking the resources. Non-blocking architecture is the first catchy feature of Nodejs. The server never has to wait for the data to return. The server looks for the next API for the request, and the notification mechanism API signals the server when the response comes from the previous API.

It operates on a single thread and uses the event loop. The callbacks wake the process up for Input/output operation, which also smoothens the database transaction. This is the feature which allows Node to handle million of operation concurrently.

The event mechanism also allows the server to respond in a non-blocking way, using a limited number of threads for handling requests. This makes the server scalable in comparison to a traditional server. Unlike the Apache HTTP server, the node server can communicate with millions of requests simultaneously.

Is Nodejs the preferred choice of developers?

Obviously Yes! The shifting of websites to the Nodejs from old frameworks also claimed the supremacy of the Javascript-based framework over others. JavaScript is not a new entrant in the market. It has been there with web development for a long. The interactive webpages and the smooth navigation over the single-page apps are the results of flourishing Javascript.

A decade back, JavaScript was nowhere considered the protagonist of the web development service industry. Still, the demand for interactive web apps and the communicative framework caused the frameworks to pop up. 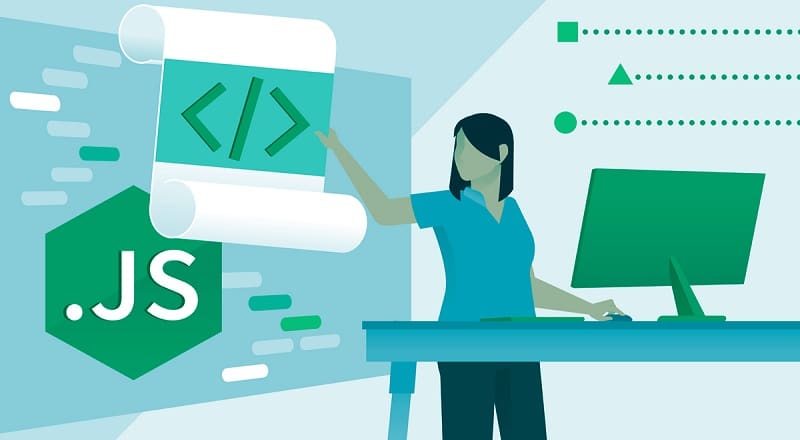 In web development, HTML and CSS takes note of styling and presenting the content, whereas JavaScript is responsible for:

There is a great demand for JavaScript frameworks for front-end development companies and back-end developers after the launch of various JS frameworks. Every month, JavaScript introduces some new frameworks. Millions of websites are running on the third-party JS libraries, which also ensure the powerful demand.

The robust tool PM2 process manager makes the work easier to monitor, optimize, and deploy the apps for Nodejs expert. With time, Nodejs has been growing continuously and gaining new features while offering top-class performance.

For a person with enough knowledge of web development, switching to Nodejs is too easy. But still, for complex apps, the code becomes complex. Therefore it is always a better idea to hire a Nodejs developer who has both expertise and experience in creating result-driven websites and apps for your business.

Jitu Bhaskar is the CEO of SemiDot Infotech, an app development, and website development company that has made a global presence in a relatively short time. Jitu Loves working with Startups and Entrepreneurs to create a better world and has a keen interest in the Blockchain, AI, AR/VR, along with other emerging technologies.

How to Choose your Website Design Template? Beginner’s Guide